Terrance Kohler, a hobbyist family researcher, has focused on his maternal mother’s lineage, since his father has focused on his lines.  He believes people should get involved in things like genealogy, amateur radio at earlier ages.  Too many people say about those two fields: “wait until you’ve raised your family/retired”.  Terry has always said waiting until then allows the family stories to go to the graves with those who know them. 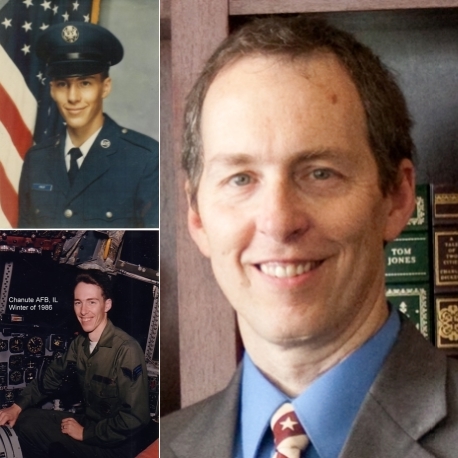 Terry is an 8 year veteran of the United States Air Force, right out of high school. His desire to serve came from his father’s service in the Navy and Coast Guard (CWO2 – Ret), as well as his grandfather who served in the Army WWII. Terry’s passion was anything with the sky, that is why he went Sky High! His duties were as an Aircraft Engine and Armament Systems (Weapons) Specialist, as well as a Squadron Aircraft Engine Manager Assistant. He received the Air Force Achievement Medal, was Honor Graduate from a 362-hour turboprop engine course, as well as other accomplishments.

Following his military service he spent 1.5-years in Land Surveying, 22-years Computer Drafting in Telecommunications & Civil Engineering Industry. His heart as a Vetrepreneur began in the 7th grade. He enjoys being a servant leader and helping others start businesses! Lived in 17+ States, been in 39+ States. Terry is the founder of www.GlobalPTCruisers.org, http://DataBreachAlert.com to name a couple.

Terry’s veteran-community activities include many such as serving with the Veteran Business Advisory Council member of the National Veteran-Owned Business Association, as a National Advocate for www.BuyVeteran.com.

One of his biggest passions is serving with Team Veteran LLC, as a Founding Member, and helping Veterans in his community and across the US & Canada.